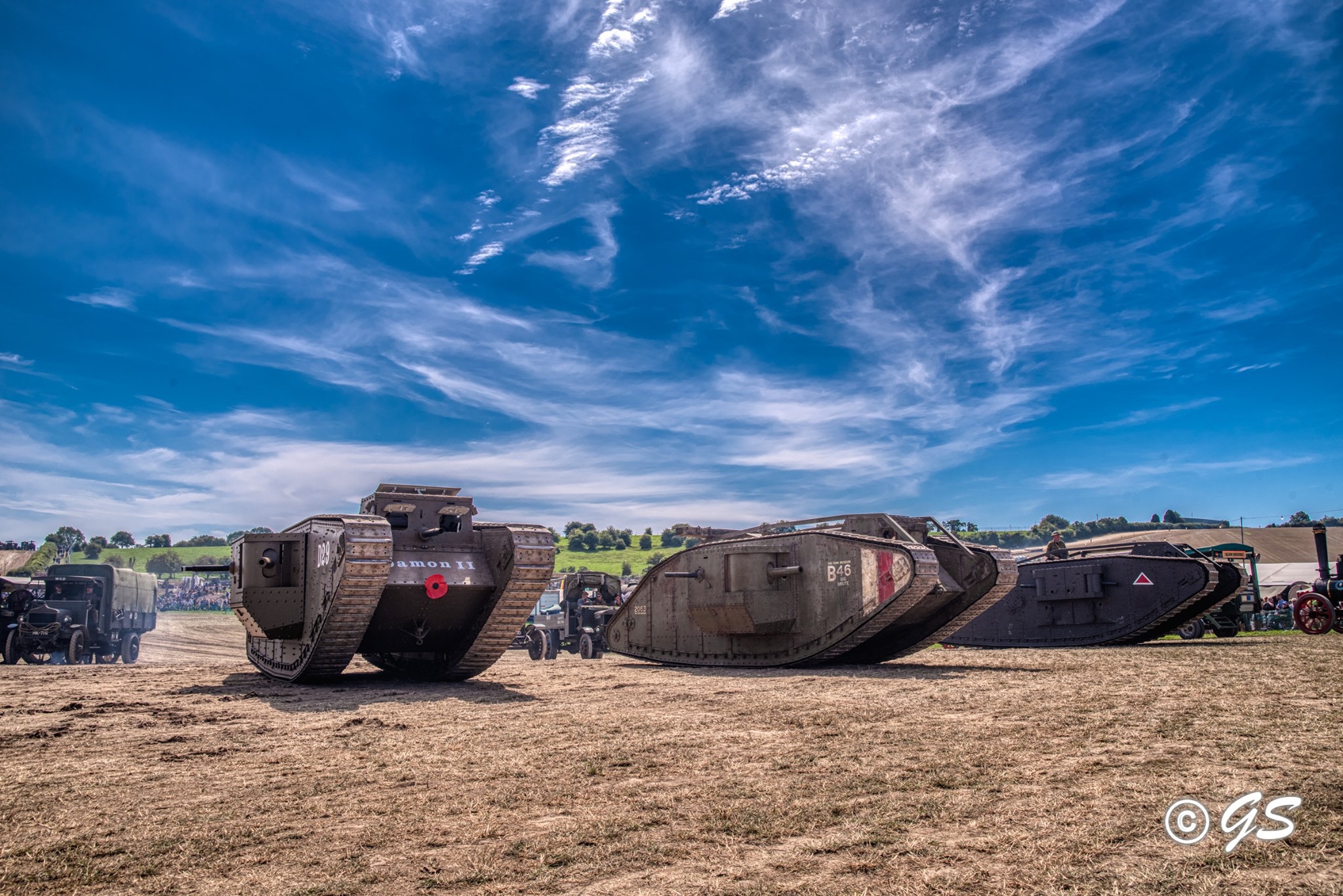 The Replica Tank of Poelcapelle:

During the First World War, great tank battles took place here in Flanders in 1917. However, the Germans couldn’t make out at first what it was that they were seeing on the skyline: they thought it must be ordinary water tanks ... but when they saw these iron monsters driving in their direction, they didn’t know what to do.

The Germans eventually found the tanks’ weak spot and began to blow up the roads: once the tanks had to drive across fields, they were quickly bogged down in the blue clay by their own weight. Many tanks stayed in the ground until after the war, and were later reclaimed for their scrap metal value. Poelcapelle had a tank in place for a long time at the Guynemer Monument, and it stayed in the market square until the Second World War when the Germans acquired this British property. Many Poelkapelle families played in and around the tank before the Second World War, from which came the idea of building a tank for Poelkapelle and putting it back on the market square.

This project was started by Johan and Luc Vanbeselaere, both of whom are fascinated by the history of the war. Johan is an engineer and, working together with Dirk Vinck, they are producing 3D drawings. We are now working with this group of volunteers to re-create a tank in 2017, just 100 years after tanks originally appeared in the First World War.

The purpose of the tank project has always been to ensure that the tank will return to its original location with a group. In this area, the tank group will also continue and contacts will be made in the Netherlands and abroad to be part of a protective committee. It is already clear that we can count on the help of generous people who give the necessary pushes where necessary.
The P1917A is a non-profit organization. which covers a number of Poelcapelle initiatives with a historical impact: the Guynemer Committee and the working groups "website historical Poelkapelle", "German military cemeteries", the "Zeppelin-Staaken" and of course the tank group.
The articles of association of the VZW. are mentioned every year in a Publication of the Belgian official Journal: The association can take all actions that are aimed directly and indirectly at the realization of its objectives. In this way she can stand up for the interests of Poelkapelle, she can set up an information and documentation center, she can organize exhibitions, tours, gadget Sale, trips, celebrations, commemorations, presentations and trainings, she can publish books, magazines and brochures, etc. . The latter is a non-exhaustive list.

Board Responsible for P1917a (VZW)