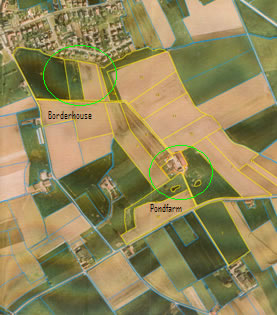 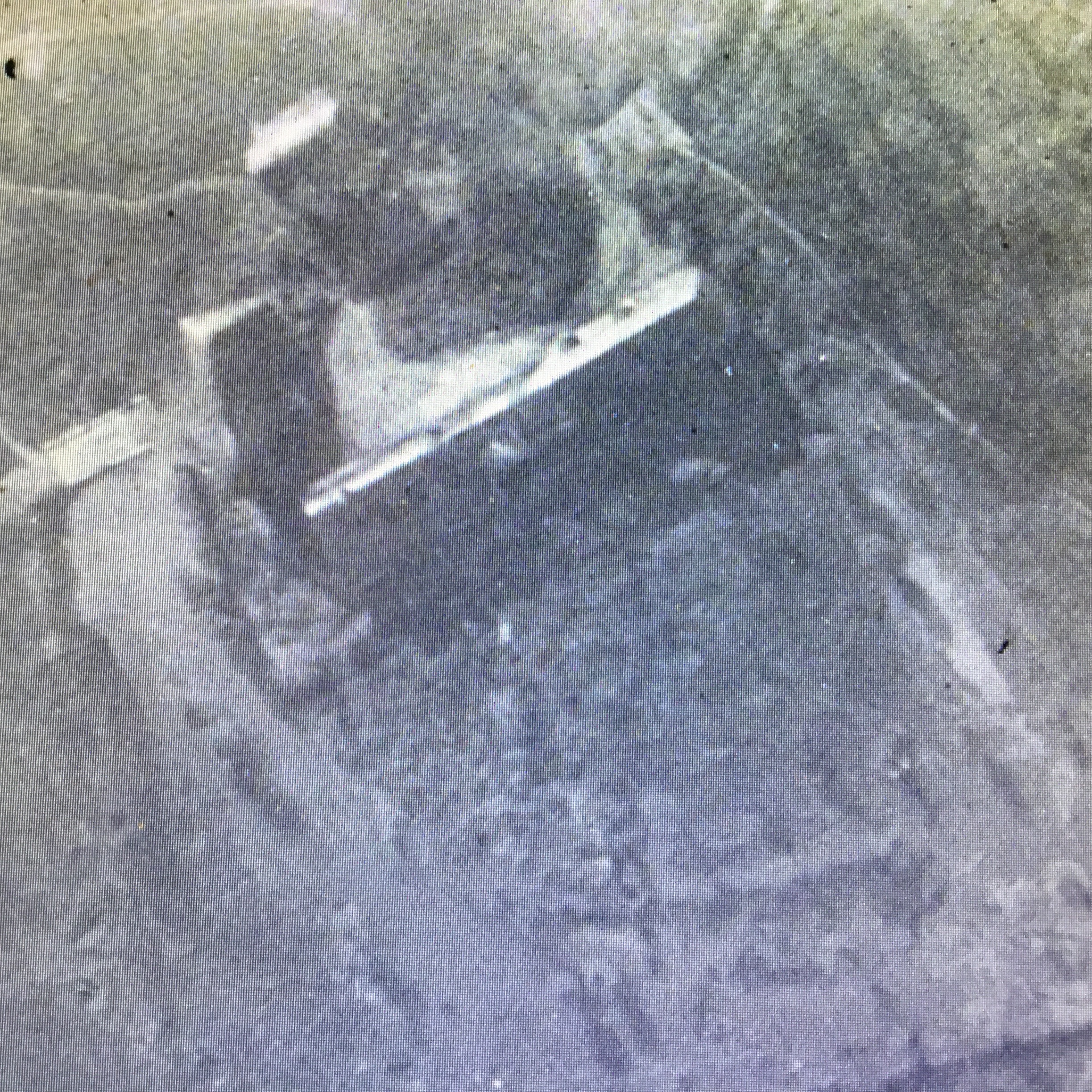 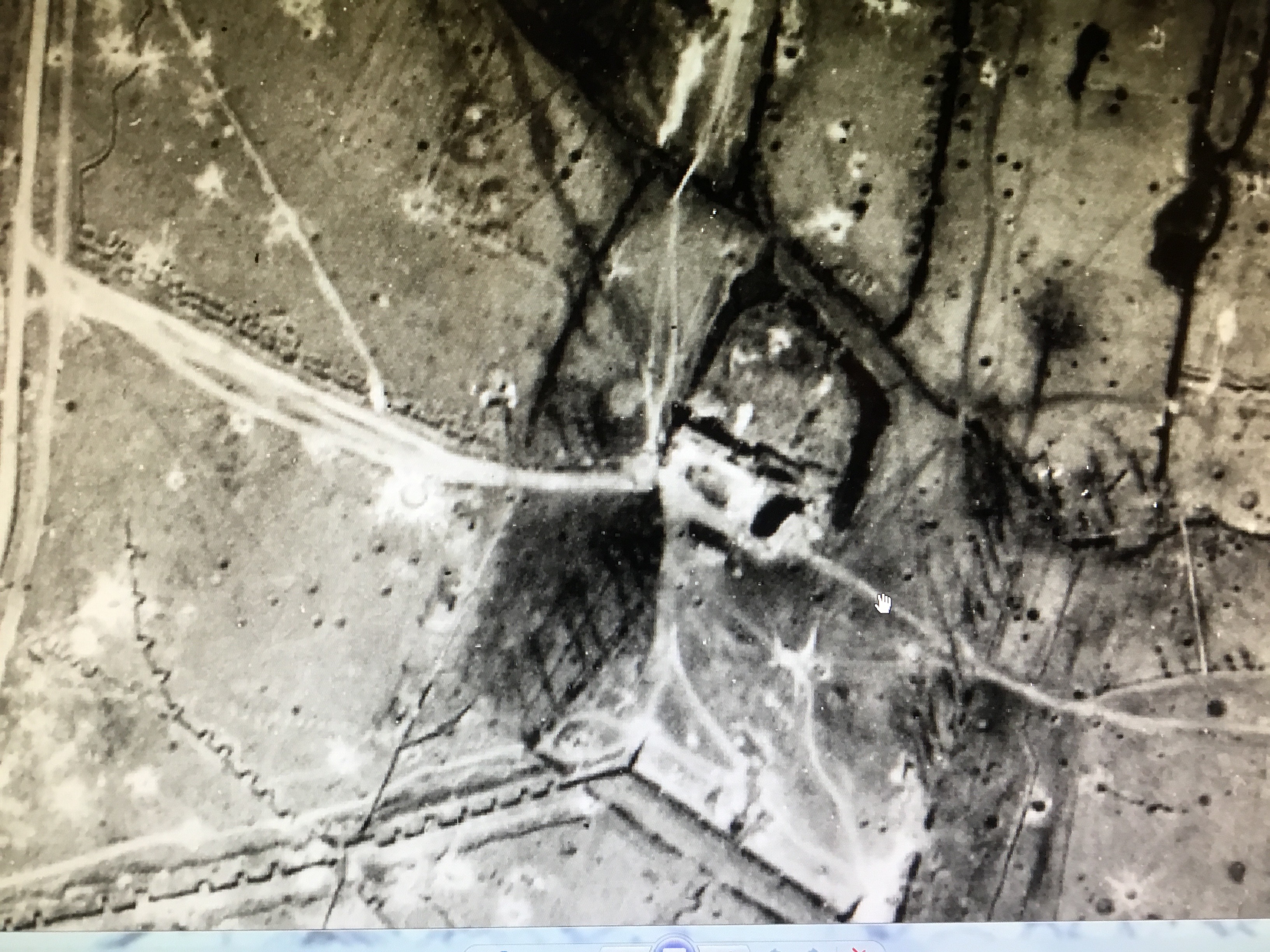 Borderhouse, as it was called by the British (or Prinzenhof by the Germans), was a farm that was completely destroyed in the war. It was never rebuilt, and Borderhouse nowadays is as good as forgotten, unknown. It was situated between Pondfarm and the centre of St. Julien.

Before the war, Arsene Marant lived at Borderhouse. After the war, the farmer from Pondfarm never came back. The landowner then decided to reconstruct just one farm, and that was Pondfarm. Arsene Marant then settled at Pondfarm. (cf. aerial photo above: traces of the old farm can still be seen.)

One of three major bunkers that were near Pondfarm was located just south of Borderhouse, namely Kazerne 1 Graf Haeseler. The bunker had a length of 40m. (43.7 yards) and was 6m. (19.6 ft) wide. Some remains can still be found.

The name 'Borderhouse' is probably derived from the location, i.e. on the boundary of the village of St. Julien. Fortuinhoek at that time was part of the town of Zonnbeke and its German name was 'Prinzenhof': this name may refer to the farm’s ramparts which were 5m. deep (5.4 yards) and made it look rather like a castle .

Today there is an area to the north of 'Prinzenhof' and its main street is called 'Prinsenhofstraat'. The foundations of a number of the houses in this area were made from the remaining concrete debris and bricks from bunkers that once stood near Pondfarm. 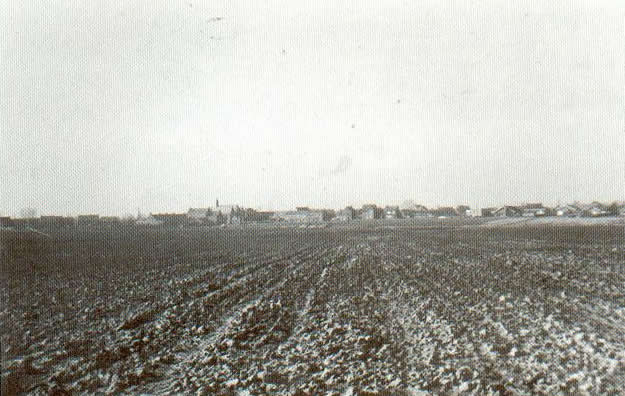 It took the soldiers 6 weeks to move on from Pondfarm to Borderhouse. 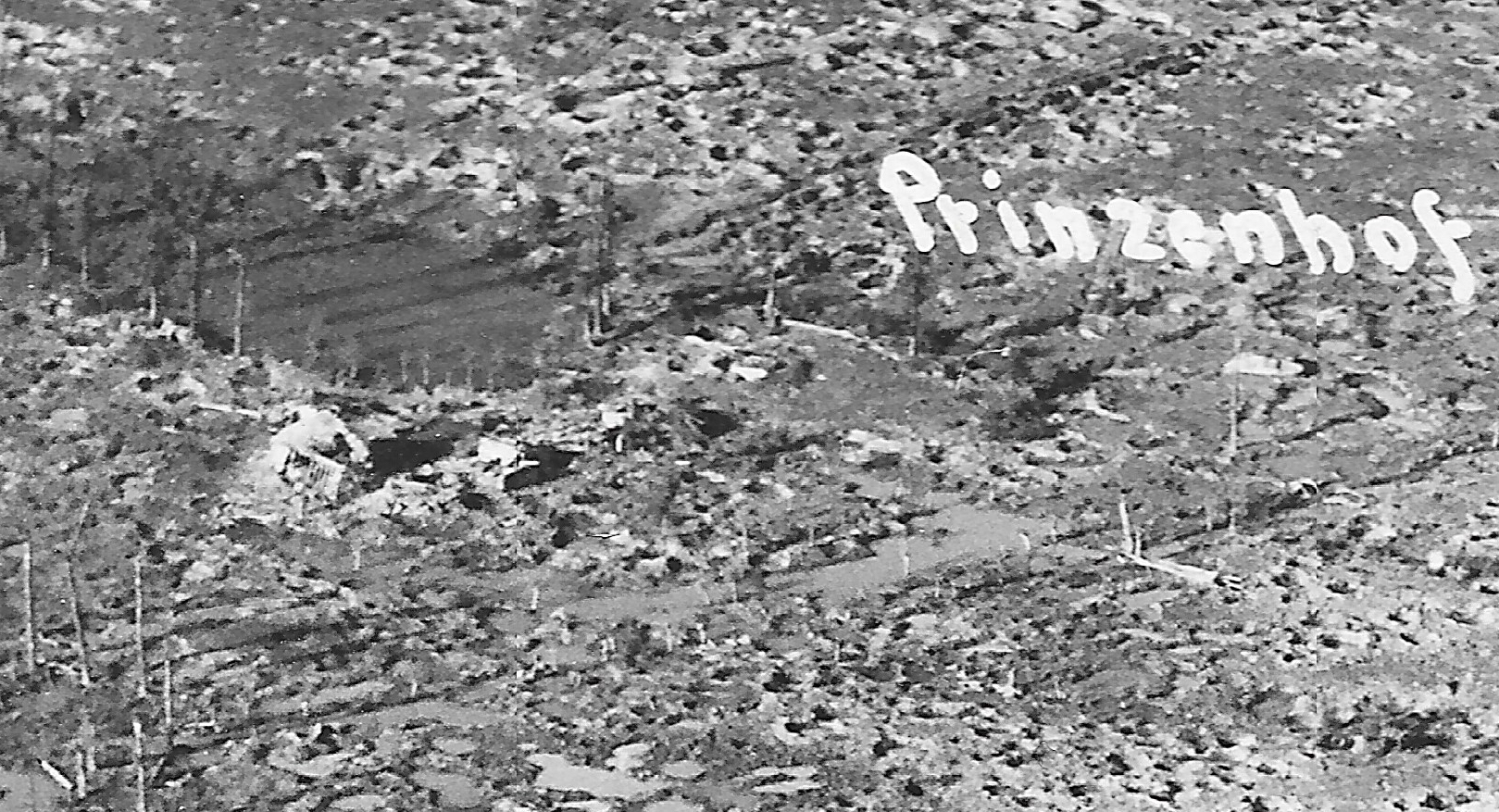 If you see this picture, can you understand why?!!

In 2005 Michael Ward, from England, paid us a visit. He told us that his grandfather, Charles Sydney Ward, aged 27, fell near Borderhouse in the Great War. As a missing soldier, his name is commemorated on the Menin Gate in Ypres.
In 2007 Michael Ward came here to commemorate his grandfather and did so by laying a poppy wreath.
2007 was the 90th anniversary of the Third Battle of Ypres, known as 'Passchendaele'.(cf. Pondfarm visits). 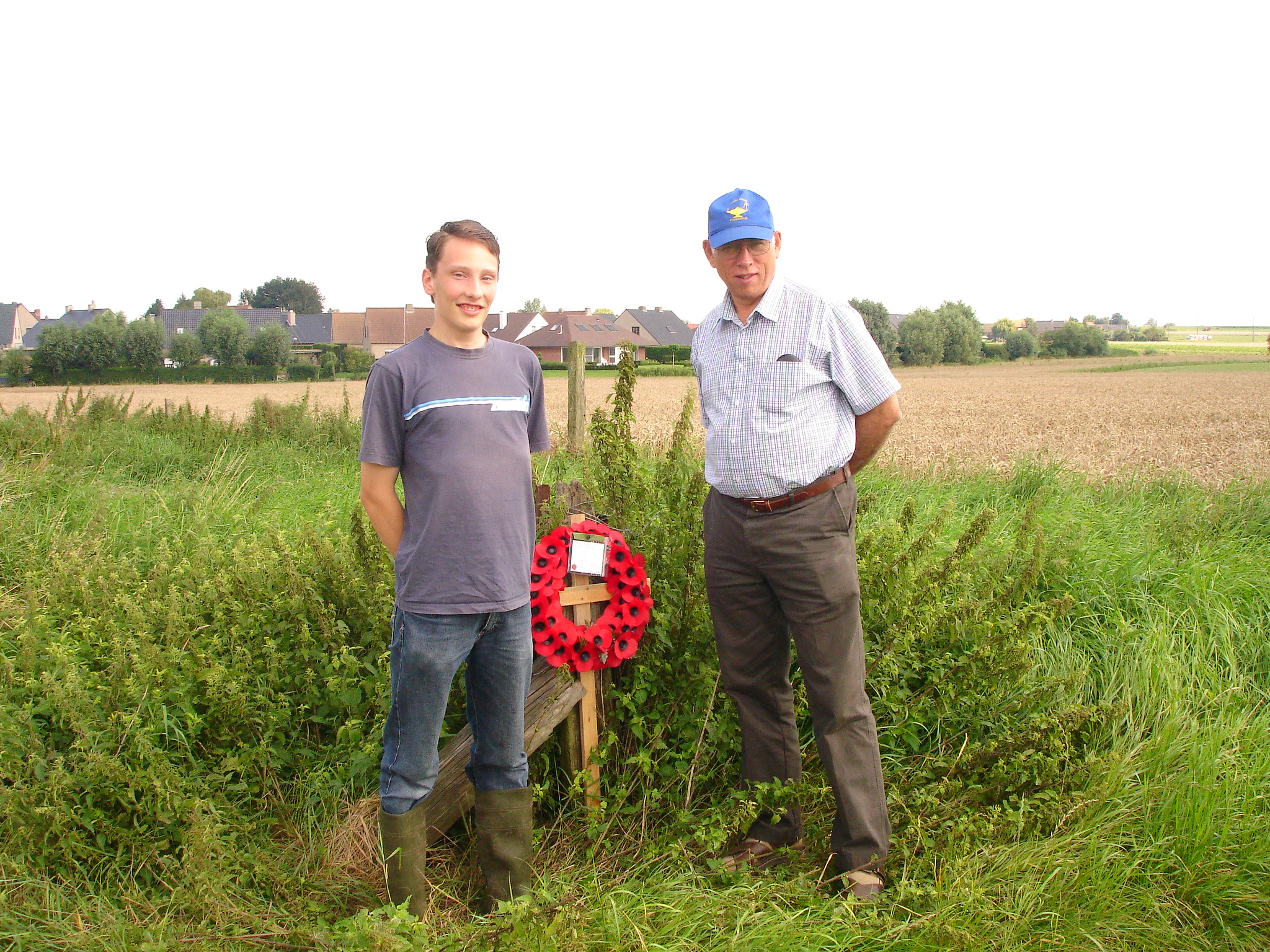 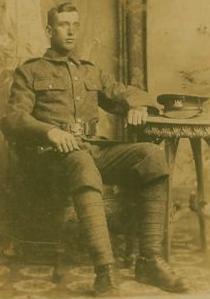